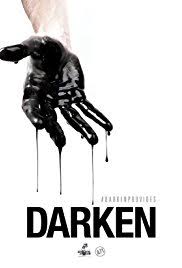 This film I had the opportunity to watch when the social media manager for the project reached out for me to view the film with the chance to write up a review for it. This was an opportunity I’m glad I didn’t pass up. The official synopsis for this film is a nurse finds herself in a dark and mysterious world.

The first thing I took away from this film is that it has an odd blend of futuristic technology along with the look of those that are from the past. I think this is an interesting take on it as it definitely gives the film a surreal feel. The world fits exactly that, because we don’t really get a lot of why it is the way it is. The people that inhabit it really don’t either so that it fits as well.

We get a high priestess by the name of Clarity (Christine Horne). She has her followers and she is pretty strict with them. They are starting to lose faith since their former leader, Mother Darken, has disappeared. Clarity really is a great religious zealot. She actually blames the followers for their lack of faith and as a way to restore it, she punishes one of them. This angle was something that I really liked, because I have my issues with organized religion. She ends up making an example out of Karisse (Gabrielle Graham) allowing her to leave in the process.

By doing this we get to meet Eve (Bea Santos). She is a nurse who is struggling with a death at work. She springs into action to help and ends up going into the world of Darken. Through her we get to see how bleak the world these people are living in really is. It is there that she meets with Kali (Olunike Adeliyi) and Mercy (Zoë Belkin). She learns more about this world while Clarity does what she can to rid it of those that oppose her.

The editing of the film I felt was good. I found myself hooked pretty early on and was trying to figure out what was going on. I thought it does well in building tension as the mysteries of this world are presented. I will admit that the reveal in this film was somewhat predictable. I wouldn’t say that it ruined anything for me, because in the process we get to learn more about Mother Darken and more about the people that are residing in the world that was created as well. The ending was interesting to me as it really opens to explore more of the ideas that are introduced. It has me intrigued, so I would say this is a success.

As to the acting of the film, I thought it was really good. I thought Santos did a really good job and the longer the film went on, the better I thought her character became with the depth of it. I like that at first she is struggling with her life. Coming to Darken gives her a purpose as she tries to save it. Paul Amos has an interesting role and the duality he has to deal with I thought was good. Adeliyi was really good in my opinion. Belkin was solid as well. I do have to give credit to Horne as she comes off as so evil that it really helps drive the tension of the film. Zehra Leverman was also good in the little screen time she is given. The rest of the cast I thought rounded out the film very well.

The effects for the film I also thought were really good. Much of it was done practically which if you know me is something that I am a big fan of. The blood in the film looked good. I also like that they the film establishes that the blood of Mother Darken has healing properties and that it is darker and thicker than normal blood. I will say that it might have benefited from making the people of this world look a little bit rougher, but that is just a nitpick on my end. There was a little bit of CGI that was used, but surprisingly, I didn’t have any issues with it. Many films could really take a page from this film on how to use it and make it work seamlessly for what is being done.

As to the soundtrack of the film, it didn’t really stand out to me. It also doesn’t hurt the film, which is where it can be more of a problem. I would have to say that it was pretty good on the choices then as it fit the scenes for what they needed without being too overbearing.

Now with that said, I am definitely glad I got to view this film. I felt that director Audrey Cummings did a really good job in creating this world and presenting it to us. It has such an interesting concept of how religion can be used to control people and I’m a big fan of this concept. The mystery of the film was good and I thought the editing does well at revealing it. The tension of the film starts early on and builds all the way to the climax. The ending does little a little bit to desired and it does leave some questions unanswered, but there are opportunities to flesh even more of this out. The acting I thought was really good across the board, with shout-outs to Santos and Horne as the brightest spots. I thought the effects, both practical and CGI, were good. The soundtrack of the film, though it doesn’t stand out, was fitting for what they needed. This film isn’t slated for a release in the US just yet, but keep an eye out for it. If you want to know more, check out DarkenProvides.com. I would recommend seeing this though if you get a chance!