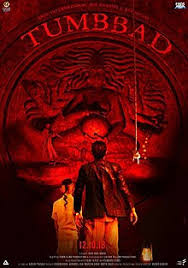 This was a film that I caught during December when I was trying to compile my top 10 of the year. I heard a couple of people from social media speak very highly of this one as well as a podcast where one person had this make their list as well. Outside of a little of what was told, I came in blind. I’ve now given it a second viewing as part of the Summer Series for the Podcast Under the Stairs as well. The synopsis is a mythological story about a goddess who created the entire universe. The plot revolves around the consequences when humans build a temple for her first-born.

For this, it is told in 3 chapters. We start learning about the goddess that is in the synopsis. Her first born is Hastar. He is not to be worshipped, because his mother created the heavens and all the other gods. Hastar got greedy and went for the unlimited gold his mother produced. When he then went for the grain, the other gods and goddesses locked him in the womb of his mother. He was supposed to be forgotten, but a curse was placed on this family that worshipped him. The temple is in a village called Tumbbad. It is cursed to always rain.

The story then begins with back in the 1918. I don’t think this is by accident as World War is happening. India is a colony at this time of the United Kingdom. We are following a family where the mother is portrayed by Jyoti Malshe. She is a mistress to the Sarkaar (Madhav Hari Joshi), which I take to be a lord of sorts. From him she has two children, Vinayak (Dhundiraj Prabhakar Jogalekar) and his brother Sadashiv (Rudra Soni). Every day she must make food for their grandmother, Piyush Kaushik. There’s a curse on her that she sleeps all day. That is the least of her concerns though as she is cursed to know where the treasure of Tumbbad is, but she can never die. Things take a turn when she attacks Vinayak and his brother has an accident.

For chapter 2, we shift 15 years into the future. Vinayak is an adult, Sohum Shah. He’s married to Vaidehi (Anita Date) and they’re living a meager life. He goes to Tumbbad, where he grew up to find that his grandmother is still alive. It is through her he is searching for the treasure that supposedly Hastar had. He is also working with Raghav (Deepak Damle) and we see what the greed of man will do.

The final chapter takes place when India has obtained its freedom. Vinayak and his wife now have children. His oldest, Pandurang (Rudra Soni) has an ailment with his leg, but trains to go with his father to Tumbbad. We see the effects his father’s greed has on him as well as his family.

Now for this review, I wanted to go a bit light on the recap as I really think that it needs to be experienced. This movie is visually stunning in how it presents things as well as just the look overall. I will give a lot of credit here to the cinematography as well as to look setting. It is always raining in Tumbbad so it gives a dreary feel there. There aren’t a lot of colors. When we go into this odd cave that is supposed to be the womb of the goddess, I think that is something else that was effective. We also get pops of colors when Vinayak is indulging in this greed. When it is over, it is never enough though.

To get into the story, I love the legend that we’re given to start out. This isn’t a tale too different from other mythology, but I don’t know a lot about Indian culture. I like how this is presented through images carved into stone with a bit of animation there. It is quite interesting to see how this plays out as well.

For how the story and the legend get fleshed out, we get chapters that are quite different form each other. I found this to be interesting as well. Early on we get introduced to the modest life that Vinayak lives in. He is interested in the legend and trying to see if the fortune exists. We can see that greed runs deep with him where his mother just wants to be able to support her children and keep with the old rituals. Being as poor as they are, this shapes him into who he becomes. As an adult, we see that Vinayak wants more and what the effects of his decisions have on his children. It is never enough. I really enjoy not only this as an allegory, but also as a cautionary tale. It takes me to the concept of ‘sins of the father are visited upon the children’.

Going back to the look for the movie for a moment, I’ve already said the state of Tumbbad. It falls into disrepair when the Sarkaar passes away. Vinayak’s place does as well when he uses the gold, he takes for worldly pleasures. He only cares about being able to get more. His wife is like his mother and I think they’re more in line with the culture of the country overall. Vinayak seems more like an American or a capitalist with his greed. This just has some shots that are beautiful to look at, I wanted to re-iterate that.

As for the acting, I thought it was good across the board. Shah is great as Vinayak. He’s such a jerk to be honest. We can see from an early age as Jogalekar that he’s greedy. It is just part of his nature. It gets worse the more he fuels it. It does become heartbreaking when Pandurang exhibits similar vibes. Malshe was fine in her role as the one who’s trying to show him the right way of doing things. I feel bad for Date. She is a good wife, but she is really neglected by her husband. He thinks that just supporting her financially is enough and no matter what she’s there for him. Ronjini Chakraborty also plays his lover. I don’t like that he’s cheating, but she is quite attractive if I’m going to be honest. Vaidehi isn’t happy about this, but I also don’t fully understand the culture to judge too much here. I thought the rest of the cast rounded this out for what was needed as well.

I need next to cover the effects of the film, which I did have some slight issues. I thought the effects on the curse for the grandmother looked good. I’m not sure if they’re CGI or practical, but I was on board there. There is also the look of Hastar. After my first viewing, I had some problems here. I did think It was creepy at first when we were just getting glimpses. My issue became later in the movie where we see more there. During my second viewing, it didn’t bother me. This part can also be creepy. I also like the look of the cave where he resides. There’s not a lot in the way of effects aside from this. I did already say that this is shot amazingly well.

The last thing to cover would be the soundtrack. We get three spots here where it goes semi-montage and we get some Indian singing. These were made for the movie as they’re giving us some exposition and deeper story. I like them for that aspect. The songs aren’t my style though. The other films from this country I’ve seen tend to use musical numbers even in films that aren’t musicals, so I’ll take what we got here. I do think the rest of the soundtrack fit for what was needed in building tension. We aren’t necessarily getting jump-scares, but more a growing of dread that I enjoyed.

Now with that said, I ended up digging this movie. I’m a big fan of mythology and like to learn more about other cultures. I’m also a fan a film using allegory or cautionary tale to convey their horror, which we get here with the greed aspect. It is fitting as an American to see this play out, even if it is in a different country. This movie runs over 100 minutes and it is paced as more of a slow burn. What they did here was effective. There are a few things that made me uncomfortable, which works. The acting was good, the effects are hit or miss if I’m going to be honest, but it is shot beautifully. The soundtrack isn’t necessarily my bag, but I do like how they use for sure. I will warn you, this is from India, so I watched it with subtitles on. If that’s an issue, move along. If not, I feel this to be good. It made my end of year list so I’m glad to give this a second watch as I still think this is good.