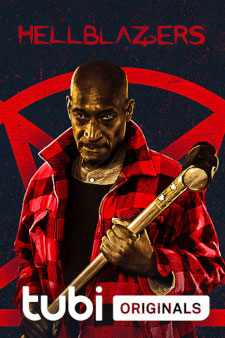 This is a movie that I discovered thanks to my buddy Tim’s Letterboxd. It was listed in his 2022 watches and I saw the poster featured Tony Todd. Being that this is February, I was looking for a 2022 horror film that featured a Black director or cast. This one is a bit of a stretch as Todd is in the movie, but not a lot. Regardless, I watched this as a Featured Review for Journey with a Cinephile: A Horror Movie Podcast. The synopsis is set in the late 1980s, a satanic cult performs a ritual that conjures a demon. Its members are tasked with feeding it the populous of a nearby small southwestern town.

For this movie, we jump right in with the cult performing its ritual. They’re led by Joshua (Billy Zane). They sacrifice a man and this becomes the vessel for the creature. It is supposed to feed on whatever it can to grow stronger. They are performing this ritual on the land of Bill Unger (Bruce Dern). He is at the grave of his late wife when he hears the ritual. He sees what they do. I should point out that Bill is wheelchair bound and a Vietnam vet.

We then shift over to the next day. Joe (Ed Morrone) is the sheriff of this small town and it seems to be weighing on him. Throughout the movie, we will learn that he’s not from here. He’s from New York City and may have a drinking problem. He’s not used to how this city operates. We get a glimpse of this as Rick (John Kassir) greets him while drinking his morning coffee. Joe heads into the station where we get to meet his deputies, Teddy (Crash Buist) and Liz (Paige Sturges). Joe gets an idea of what they deal with in this town, but it is about to get much more difficult than he ever expected.

What I mean there is that Bill comes in to tell what he saw the previous night. Joe doesn’t fully believe him, but being from NYC like he is, he does check out some of his story. This leads him to the local disc jockey, Georgia (Adrienne Barbeau). She listens to a HAM radio regularly. She hasn’t heard anything out of the ordinary though.

Animals and people start to go missing. Teddy is looking for Bernard’s (Courtney Gains) dog out on a back road where he finds a bicycle belonging to the paper carrier, Timmy (Jack Klines). He also sees members of the cult staring at him. This isn’t the last we will see of them as this creature feeds and grows stronger.

That is where I’m going to leave my recap as there isn’t a lot to the story. What I will say is that I dug, for the most part, what we get. As I said in the beginning of me fleshing out the synopsis, it doesn’t waste any time getting into it. From the beginning, we know there is this cult that isn’t from the area and they’re doing a ritual. It is fitting that they would do it on the land of someone like Bill as well. If you follow my reviews, then you know that I’m a sucker for movies with a cult. The ritual they’re doing is interesting and I’ll be honest, this movie feels a bit like Rawhead Rex that we have what we think is an unstoppable beast. Setting it in the small town is also something else that helps it as it could operate without people realizing it until it is too late.

Where I want to shift next is setting this in the 1980s. Part of this I’m assuming is how they can get around not having cell phones. I’ll be honest, I think it works. They don’t ram it down your throat, but there are references. We get a lot of movies doing what we get here, especially recently. I also think that part of setting it in the past is due to it being during the ‘Satanic Panic’ era as well.

One last thing that I want to say as a positive here are the horror movie references. Georgia’s son in the movie, Bobby (Edward Finlay), is wearing a Night of the Living Dead shirt. Joe is a bit of a film fan so he brings up Cujo and Halloween. These are played for laughs because Teddy and Liz have no idea what he is talking about. I think part of that is living where they do where they don’t have a theater. It should also be noted that we have a ton of cameos here of horror movie actors from the past. It was fun to see, but I’ll come back to this.

I do have a bit of a negative with the story here. We get a low runtime of under 90 minutes. I’m usually a fan of this. The problem with this movie is that we have things that are brought up, but we never flesh out. I want to know more about this cult. Why are they doing what they’re doing. Who is Joshua and why is he leading them? Joe keeps seeming like he has a dark past. Why did he leave NYC? Does he have a drinking problem? I also want to know more about the creature that we see. I don’t need all of this answered. We get glimpses of things and I need a bit more personally.

That should be enough for the story so I’ll go to the acting. I think that is solid for the most part. If I have a gripe, there are too many characters and that cause people to not be fleshed out. Morrone is fine aside from the missing pieces to his character. I like Buist and Sturges as his deputies. I even like Gross. There is a lack of emotion here though, I will say that. I also like the cameos by the likes of Barbeau, Dern, Meg Foster, Gains, Kassir, Todd and Zane. Some of these just feel like they could get them for a day or two and took advantage. I need things condensed or more to justify these people being here personally as some are underutilized.

This will take me to the effects, cinematography and the soundtrack. For the former, I think the practical effects are good. I love the look of the creature, which seems to be Sanford Worth in a suit. There is something that Joshua tells it and it happens in the movie which I loved. My problem with the effects though is the CGI. They have fire and gunshots that don’t look good. If it was one or two things, I can overlook it. There is one point someone gets shot and we don’t get squibs. Other times there is CGI blood. It did take me out of the movie. The cinematography though was fine and the soundtrack worked for what was needed.

So then in conclusion here, this movie is a lot of fun. I will give credit there. We have an interesting premise and it doesn’t take long to get into it. I’m a fan of movies with cults as well as them doing a ritual to raise this creature. The practical effects there were good. This movie is shot well and the soundtrack fit for what was needed. The story is lacking a bit though for me. There are a lot of characters without enough of them being fleshed out so I’m left wanting more. The CGI also isn’t good. Regardless of my issues, I still found this to be over average for me.